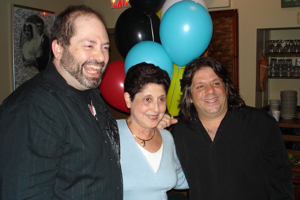 There’s actually a littleÂ note in my calendar where I left off last time .. are you ready, April 11th. Â Let’s just say I’ve been preoccupied. Â I’m up early today .. so, let’s get caught up. Â My younger brother, Jeff turned forty in May. Â We decided to have a surprise party a month early .. you guessed it, so he would be surprised. Â Yes, we got him .. and family and friends gathered for food and fun. Â Many of my good friends were in attendance and there was plenty of chaos .. a fun time was had by all.

Fast forward to May … and there was a lot of magic events going on in and around Chicago. Â There was the annual Magic Flea Market in Elmhurst, Â David Copperfield was performing downtown and the Magic Collectors Association was the following week near Ohare. Â Before you know it .. my birthday snuck up on me. I had already been waiting over a month to get my hands on an Apple iPad .. and finally the day arrived. Â Yes, it is all that and more. Â I took it to bed with me that night .. for real!

In the mean time I’ve been busy working some restaurant gigs and shows in the area. Â It looks like things are picking up slowly but, it’s not like it use to be. Â I’ve worked hard for many years so, I’ve done Ok .. but, I know many people are struggling these days. Â My brother recently lost his job .. so, if you’re looking for some help .. drop me a note. 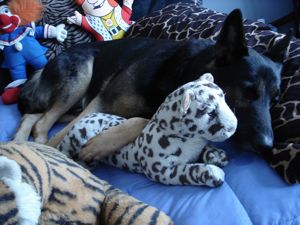 Let’s see … we’re almost caught up. Â The gang went to see the Kane County Cougars, I taught a Magic Mini Course at Bee Be School in Naperville. Â The iPhone 4 came out .. and I’ve got to wait for that too. Â Mother had cataract surgery .. and yes, she’s doing fine. Â My little buddy Rexx turned five, Carol turned 29 .. again, Â KISS tickets went on sale and Michael Jackson is still dead. Â I think we’re caught up now .. right?

It was One Long Day …

This is actually the second time I'm writing this entry, the first is lost somewhere in cyberspace. So .. we'll start with my gig on...read more →

It's not what you're thinking .. I know it's baseball season already .. and I think the World Champion White Sox played last night. They...read more →